We are largest manufacturer exporter and supplier of Psyllium, Psyllium Husk and husk powder worldwide as per buyers specification, quality and packing

Psyllium is a herbal medicinal plant cultivated in India mainly in the states of Gujarat and Rajasthan. The seed of the Ispaghula plant are the primary part of the plant used in traditional herbal medicine. Psyllium husk is the coating around the seed of the Psyllium plant, which is used to relieve constipation, its completely natural

Psyllium husk is high in fiber and mucilage; it is an effective bulk-forming laxative. Its properties as a laxative are due to the swelling of the husk when it comes in contact with water. When consumed with sufficient amount of water, husk forms a gelatinous mass that keeps feces hydrated and soft. It also stimulates a reflex contraction of the walls of the bowel causing waste to be excreted from the body

Its main benefit, however is in preventing constipation and promoting colon health. The natural fiber in Psyllium increases the weight of our bowels and acts as a safe laxative. In fact, Psyllium husk is present in many over the counter laxatives 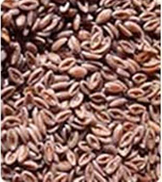 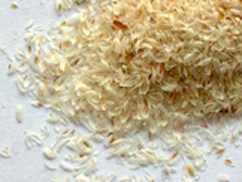 
Caution: Always take Psyllium husk with plenty of liquid. Without lots of fluid, it is possible to develop intestinal blockage